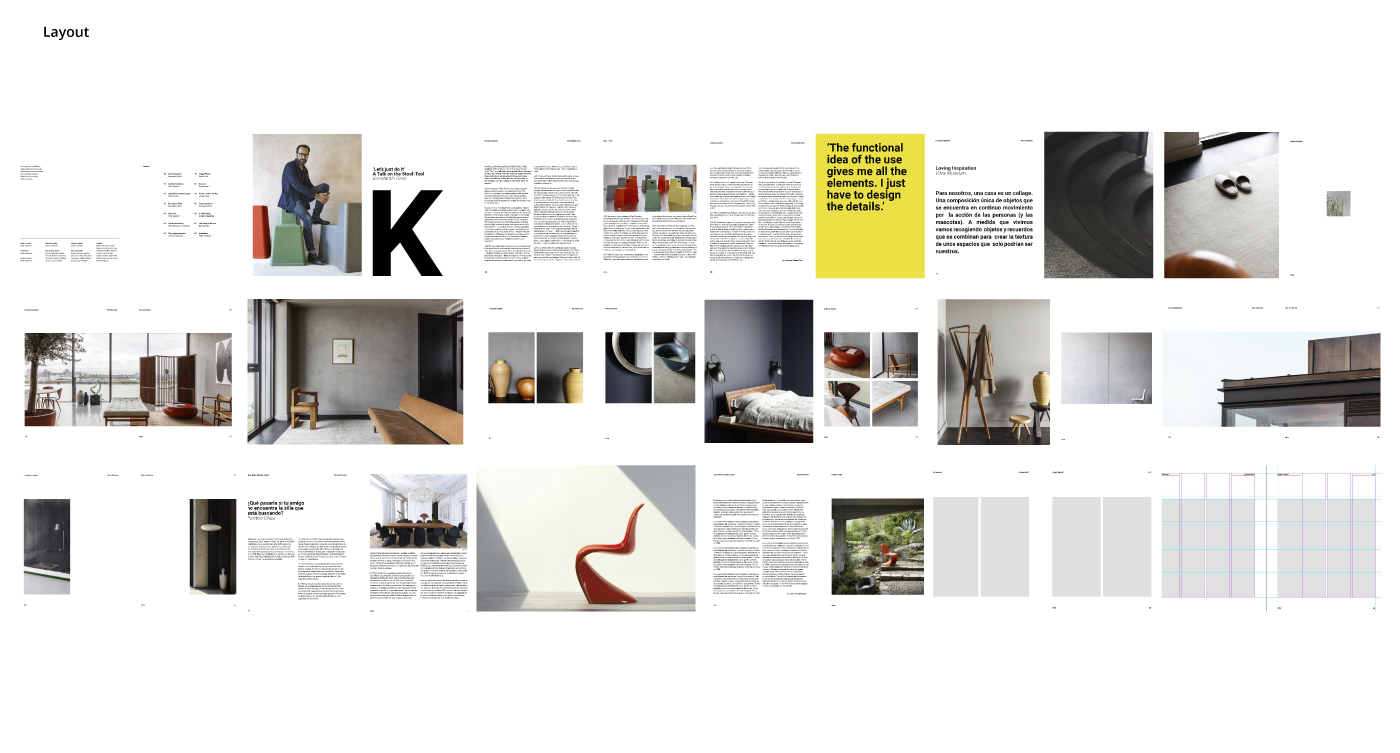 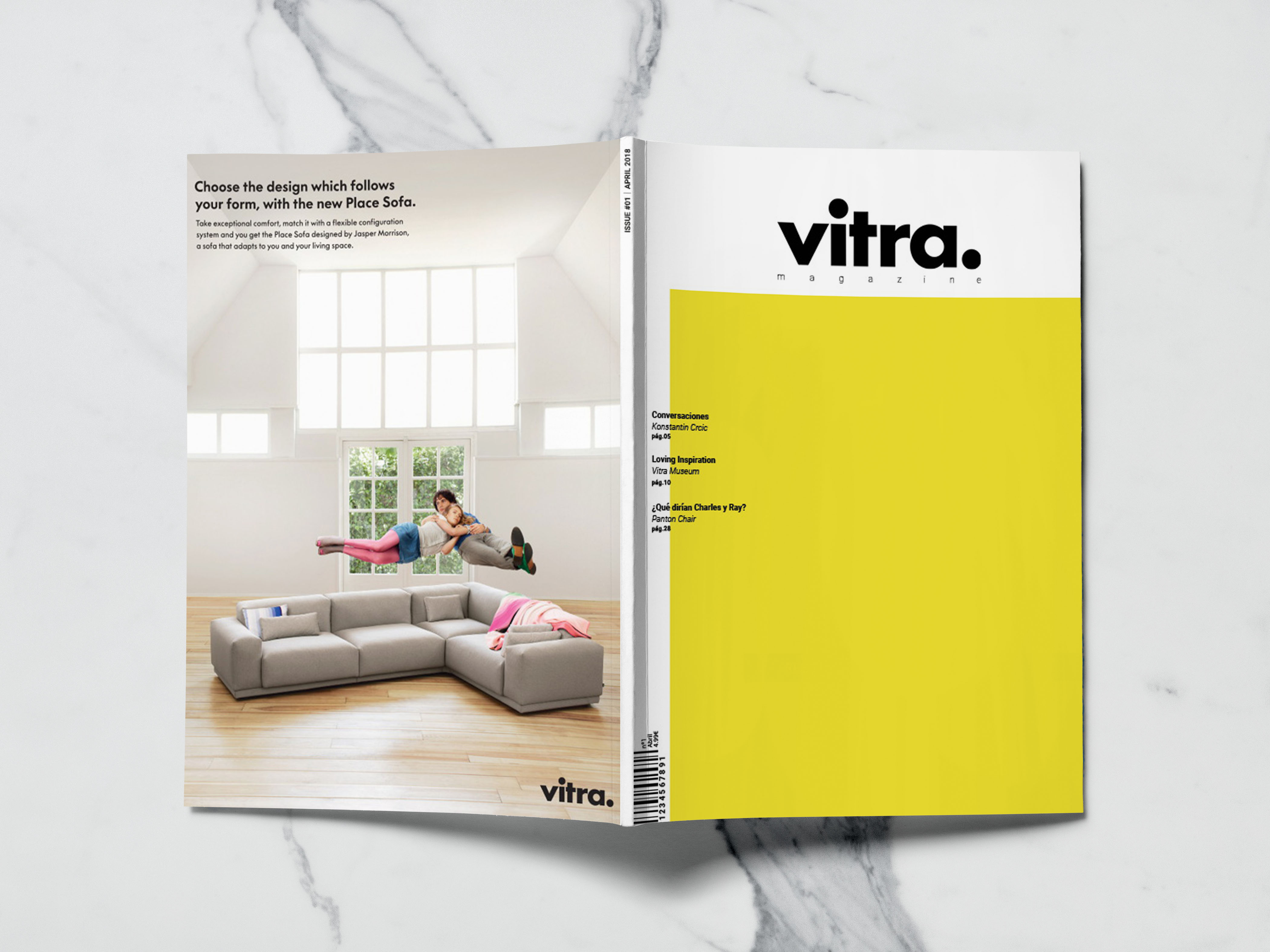 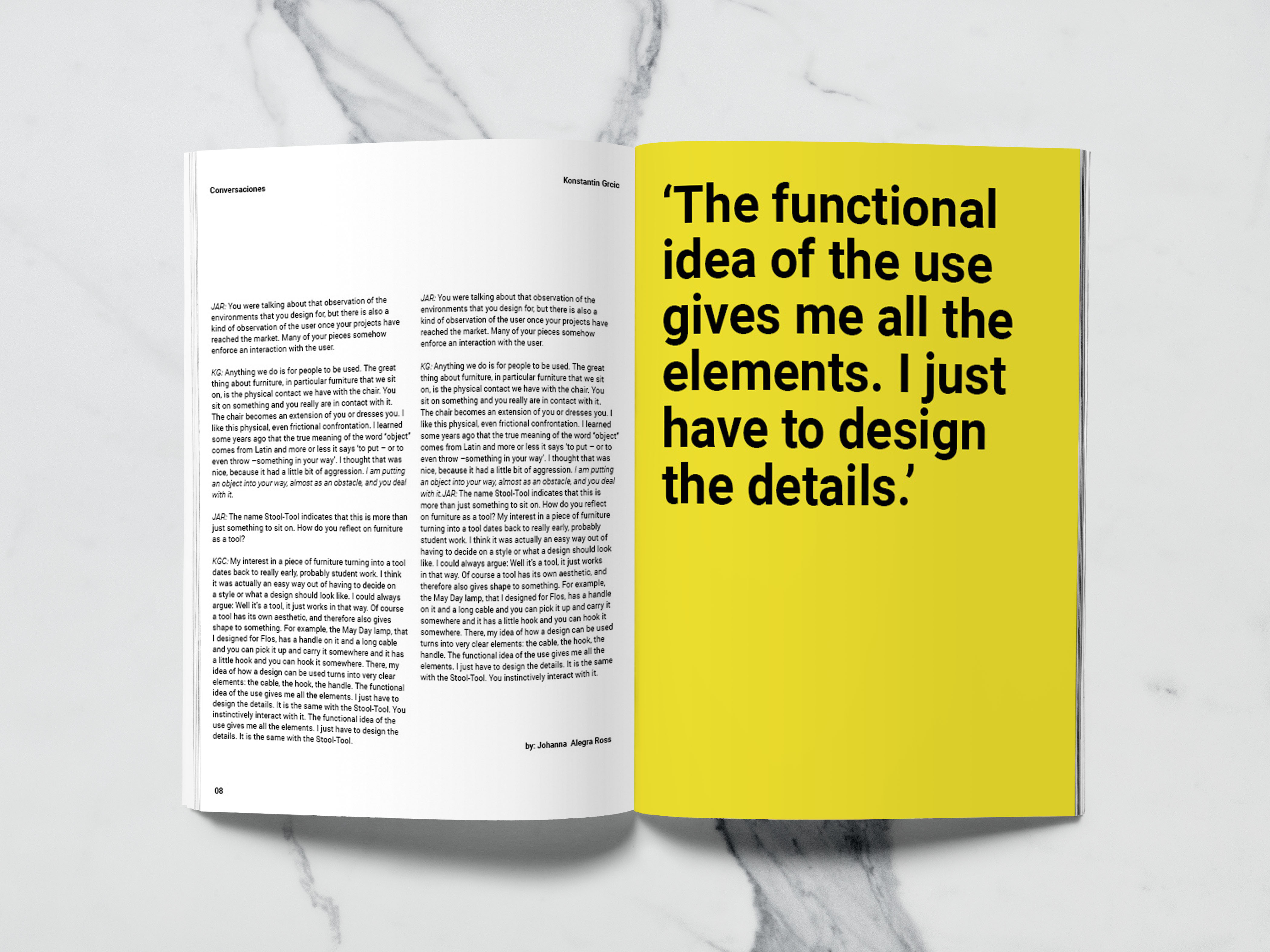 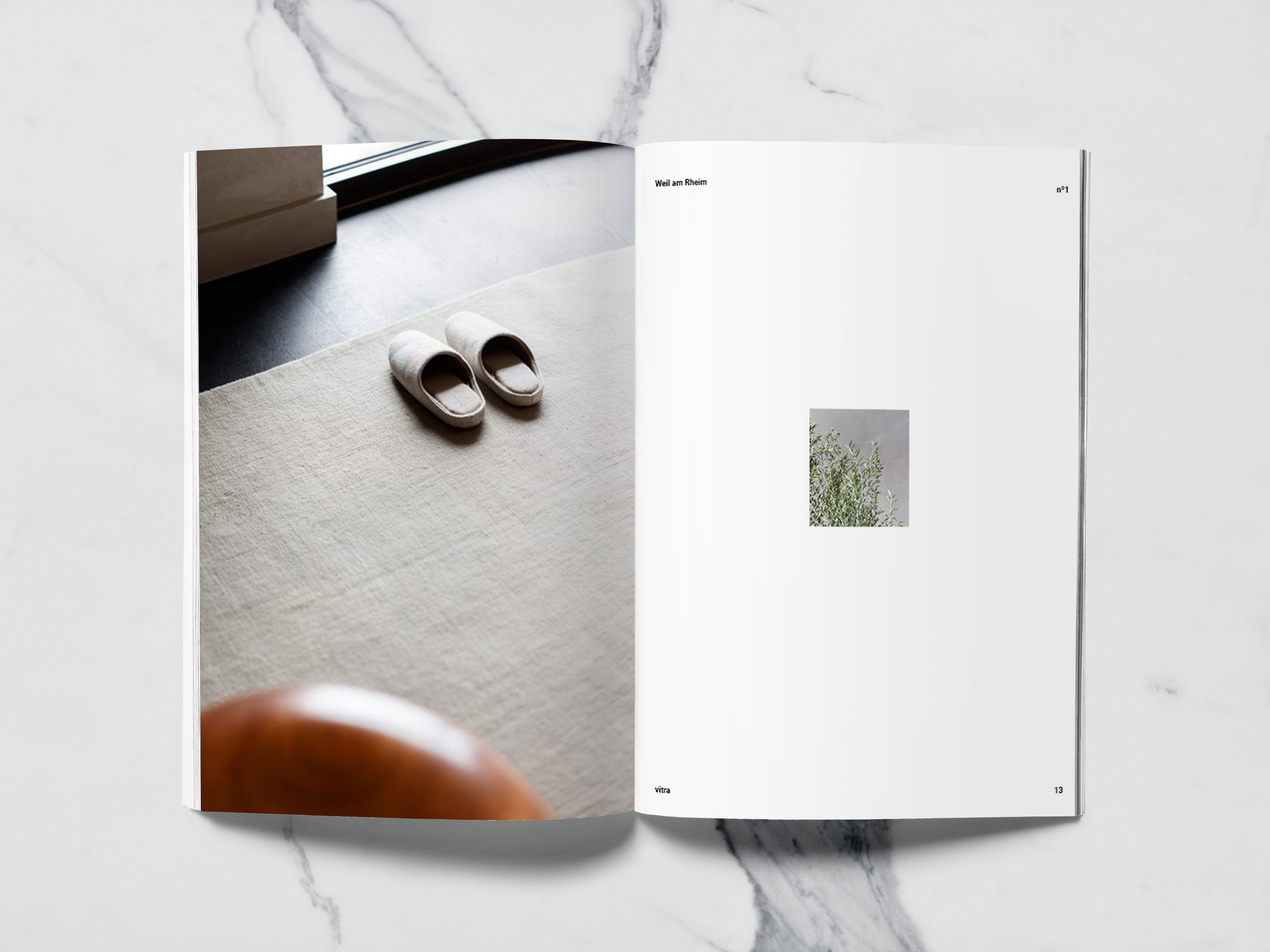 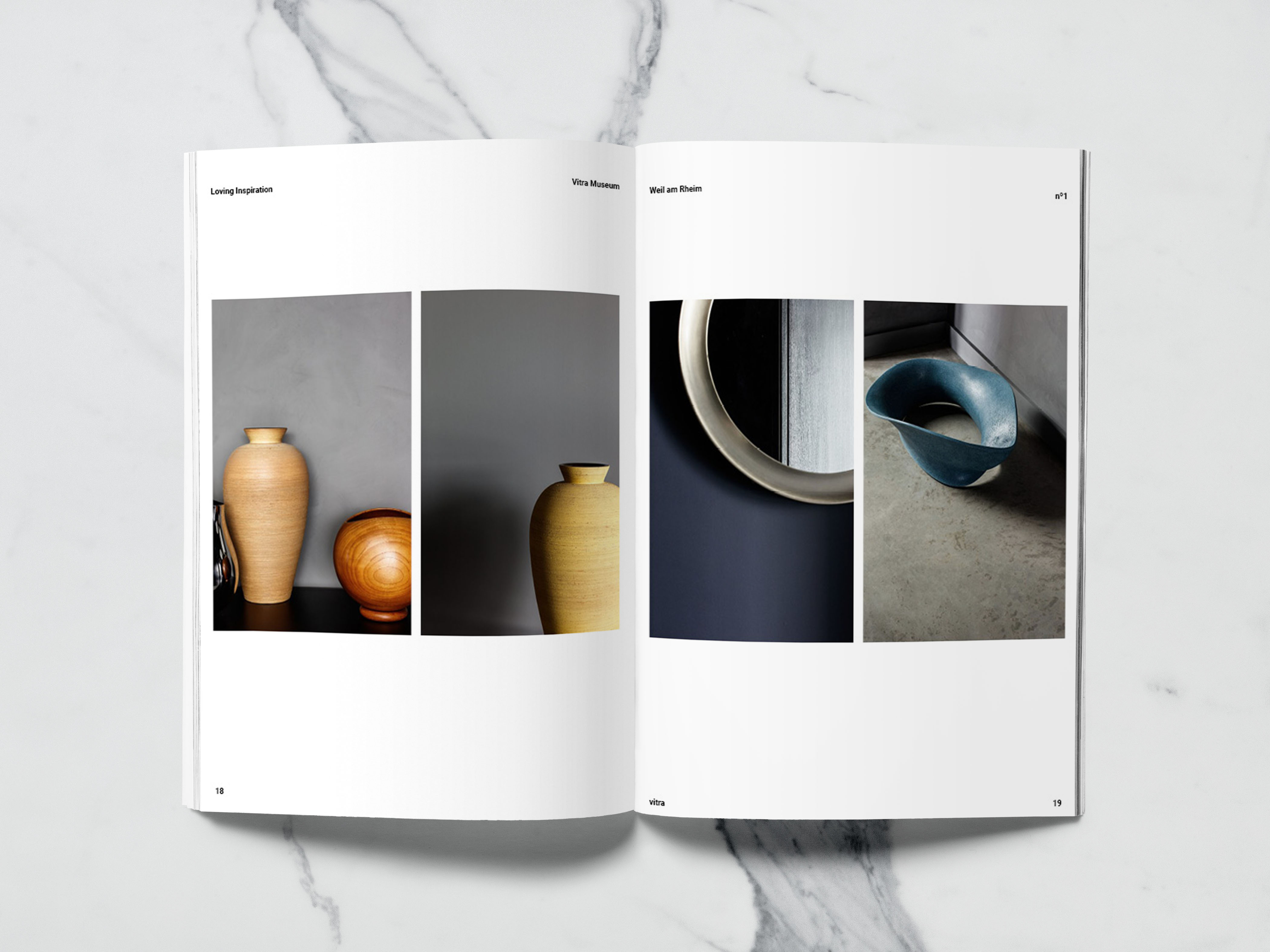 Re-creation of a magazine which stands for Vitra’s ideals, values and principles.

Vitra is a Swiss family-owned company, founded in 1950. The company not only develops and produces furniture, but also has its own Campus with buildings  by leading international architects. However, we will be focused on the Vitra Magazine.

The goal of this project was to design a monthly magazine to bring closer Vitra’s culture to people.

The objective was to create a magazine that resembled the online blog.

That  explains why for the magazine sections we used the categories you find on the website: conversations, history, designers and stories.

To begin the design I analyzed the existing website, how the articles were divided, how the text was structured, the amount of images vs text they used… Understanding the way they communicate helped me out with the composition layout for the magazine.

Using design elements and colors the composition attempts to catch the reader’s attention.

The typography used for the titles and headings is a sans-serif based on the minimal visual identity. Using two weights of the same font caused a rhythm on the pages.

To break the composition layout I used the yellow color as a way to stand out after too much text.

To create cohesion between the inside and the outside I used a yellow rectangle as the main element on the cover.

The photography is one the most important parts for this project. Being an ‘architectural and design magazine’ images were not the way to showcase the product, they were also the way to tell and sell Vitra’s story.