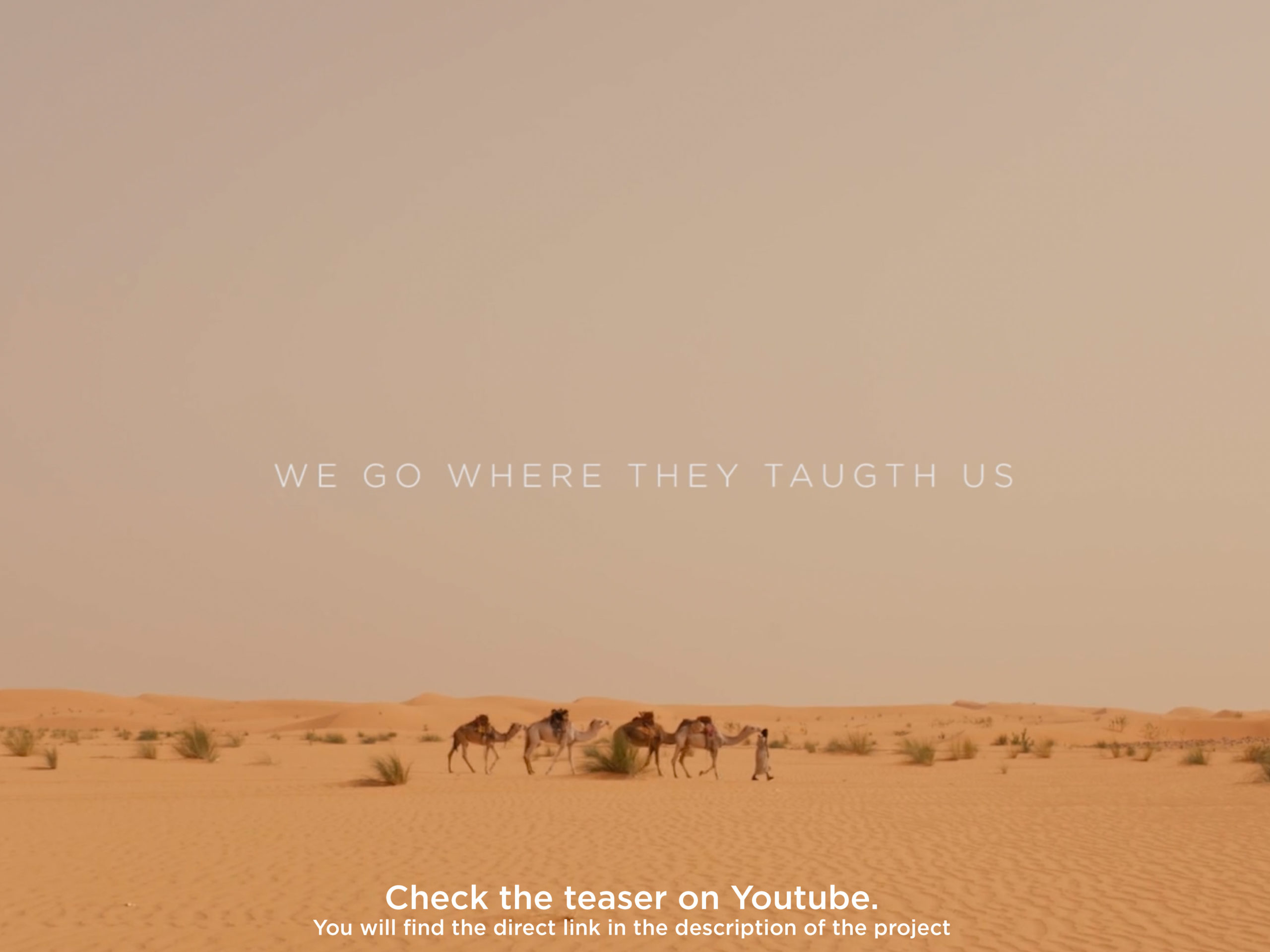 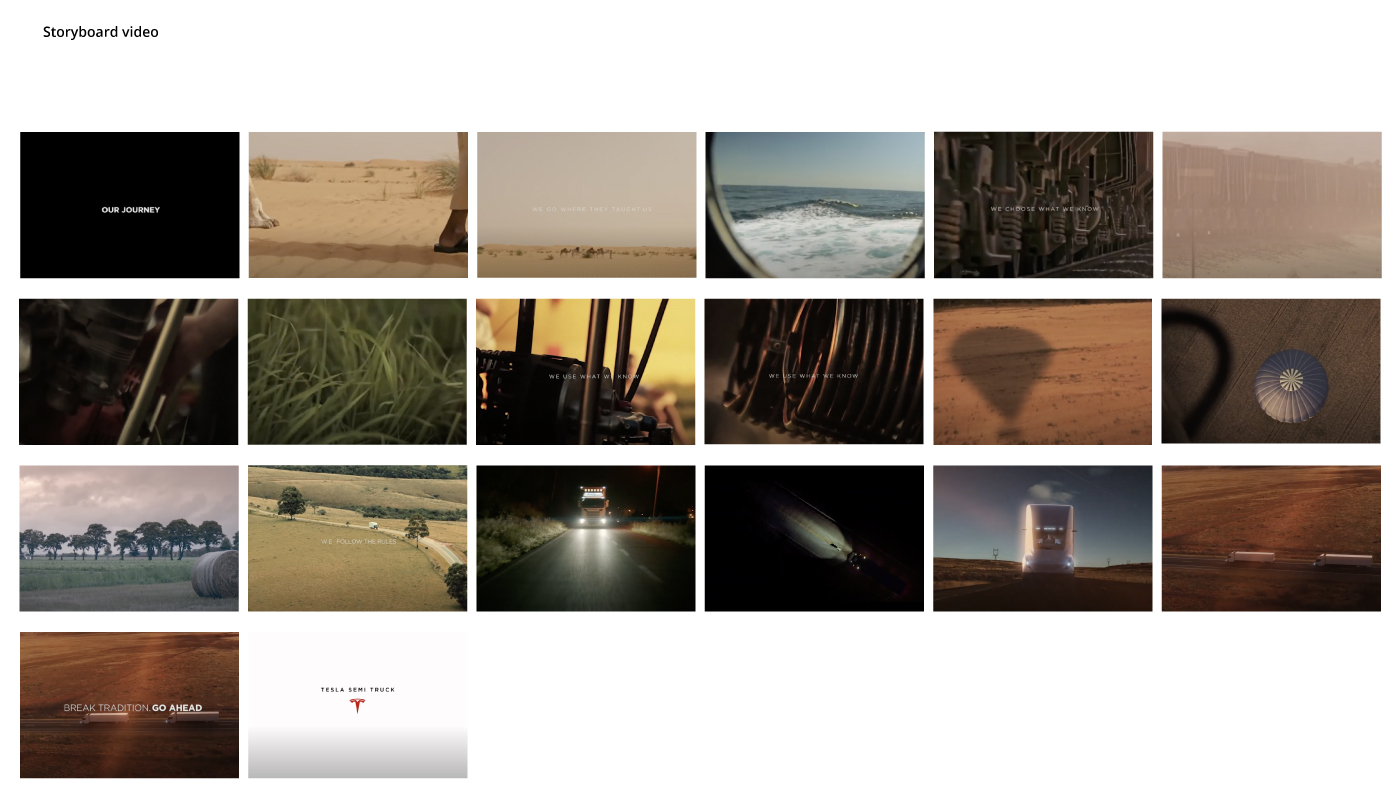 Designing a truck campaign for Tesla’s communication and creative team.

Tesla is synonymous of quality, design and innovation. They have provided a new vision to the automobile industry and broken the status quo.

This project began for me as challenge where I had to design a video for their new truck campaign.  In this case I based my designs in the concept of evolution and innovation.

In my opinion, these two concepts are the foundations of Tesla. You can feel it on their products, which are highly unconventional and are not scared of breaking with tradition. When you are in a Tesla shop and you sit in one of their cars you really feel like you have stepped into the future.

As my goal was to create a promotional campaign of the new semi-truck I decided to center the visuals around a teaser.

Mankind tends to rely on what they already know, but with just one maverick new paths will be discovered. This is what we tried to explain with the slogan ‘Break tradition and Go ahead’

The four different ways of transport I used on the video were used as a base for social media, the banner and the newsletter…

Here you can see the video.